Mountain Xpress Best of – Hall of Fame!
Michael has been in the practicing school of yoga for almost 30 years. He began teaching yoga in 2003 and has been dedicated to serving others in the area of Yoga & relationship work. Igniting passion & demonstrating love are Michael’s two favorite subjects.

Michael is also the director of the Asheville Community Yoga Teacher Training Programs.  Michael invites you to discover the depth of your integrity and your capacity to serve from the heart.

Kelly Gilmore is a dedicated, down to earth student and teacher of yoga, a massage therapist, a voice for animals and lover of nature. She began her studies 12 years ago with a certification in Vinyasa Flow Yoga from White Lotus Foundation. Soon after Kelly was introduced to Anusara Yoga and completed a 200RYT with Sarajoy Marsh in 2005. Around the same time, she moved to WNC and enrolled in the Asheville School of Massage and Yoga. Having several trainings in therapeutic yoga, clinical massage and her 500 RYT in Yoga Therapy with Subtle Yoga, she embraces the opportunity to serve the community and share from her life experiences on and off the mat.

Mado is a passionate learner who has been fascinated by the technology of yoga and the mystery of the human body for the past 15 years. An E-RYT (experienced registered yoga teacher) Mado has studied extensively in multiple styles of yoga including vinyasa flow, Anusara, Yoga Tune Up, and therapeutic yoga since she first started teaching in 2005.

Her classes include both mental & physical aspects of yoga in a welcoming and lighthearted atmosphere with a focus on therapeutic alignment and safety.

Mado is honored to be on the staff of the Asheville Community Yoga Teacher training, in addition to other regional teacher training programs. She is the creator of teachingyoga.net, an online resource for yoga teachers.

Amber considers herself a humble student of life. She strives to open herself to life’s lessons, embracing every opportunity to learn and experience something new with a soft and gentle heart. Amber has been dedicated to the path of yoga since 2009. In 2010 she had the opportunity to travel extensively through Southeast Asia, China, Nepal and Northern India practicing and studying the art/science of yoga. While in India she completed her 200RYT. Amber graduated from Subtle Yoga’s Therapeutic Yoga 500RYT in the spring of 2013. Amber served as Asheville Community Yoga’s Associate Director for 6 years. She currently serves as Teacher Training & Yoga Immersion Director.

Jodie values yoga as a holistic healing arts practice and strives to offer compassionate yoga classes, blending joyful sequencing and lighthearted instruction. Following a decade of practice and study with teachers in Australia and the United States, Jodie completed a 200 hour Ashtanga yoga teacher training program in Nicaragua with It’s Yoga International. After digging into trainings in vinyasa flow, yin yoga, restorative yoga, pranayama and meditation, she completed the OM Yoga 500 hour advanced teacher training program with Cyndi Lee. Jodie is also a certified Ayurveda Yoga Specialist through the Himalayan Institute. She is grateful to continue her yoga, meditation and Ayurveda studies under mentorship with her teachers. Jodie serves as Asheville Community Yoga’s Associate Director.

Wendy found yoga early in life and has the had the honor of studying many different disciplines of yoga including Hatha, Vinyasa Flow, Yin, Therapeutic, Restorative, Prenatal and Kid’s Yoga. Her earliest influences were Erich Schiffmann, Seane Corn, Doug Keller, and Paul Grilley. Sharing Yoga as a practice of compassionate, heart-opening, soul healing, mindful movement that transcends the mat in a studio, Wendy encourages her students to incorporate yoga into every part of their lives. Often playful, always heartfelt, her classes create an environment of acceptance and unconditional love of self and others. Having been a part of Asheville Community Yoga in the very beginning, she is grateful to be back and serves as Community Service Coordinator.

“Filled with a devotion at once fresh and electrifying, Kristin Luna Ray solidly ranks amongst chant music’s most luminous rising stars.” -Yoga Journal

Over the last decade, she has traveled extensively throughout the world sharing music through performance, workshops, Live Music and Yoga, and kirtans (call and response chanting). Luna teaches about Bhakti (devotional) yoga and leads kirtans for our trainings. 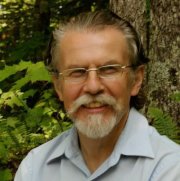 Ramesh Bjonnes was born in Norway and lived for nearly three years in India and Nepal learning directly from the masters of Tantric yoga. Bjonnes is co-founder of the Prama Institute (www.pramainstitute.org), a holistic retreat center outside Asheville, NC. He has written extensively on Tantra, yoga, culture and sustainability, and his articles have appeared in books and numerous magazines and newspapers in Europe and the US. He wrote the books, Sacred Body, Sacred Spirit: A Personal Guide to the Wisdom of Yoga and Tantra and Tantra: The Yoga of Love and Awakening. He lives in an eco-village near Marshall, Madison County. Ramesh teaches the Yoga Sutras and meditation modules in our trainings.