Big news! Students may now remove their masks when they are on their mats in outdoor classes! Check out our virtual & outdoor class options, as well as our pre-recorded class library!

The Courage of a Hero 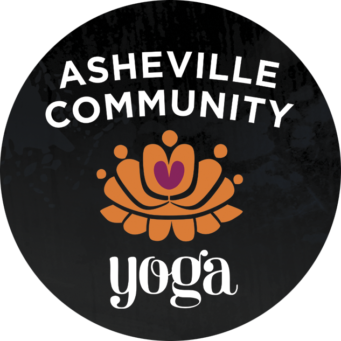 Both our Teacher of the Month, Maegan,  and our Student of the Month, Marilou chose variations of Hero pose, or Virasana, as their current favorite pose. Poses are like medicines. Perhaps Maegan and Marilou are tapping into an energy we could all benefit from bringing awareness too at this time. What can we learn from this classic yoga pose with the powerful name?

The pose itself is in some ways quite simple. It is basically a kneeling position, with the buttocks seated between the heels on the floor or on a block or bolster. A particularly luxurious variation is to lean back (perhaps over a bolster) for supta virasana, reclining hero.

We all know what a hero is. The word conjures images of power, strength, virility. “Hero” comes from ancient Greek “heros”, meaning a demi-god. Like Greek mythology, Yogic lore full of tales of gods, half-gods, mortals, and their dramatic interactions. The spirit of hero pose can be understood through the story of Hanuman, the monkey god.

Hanuman was not always part monkey. His given name was Anjaneya, and he was the son of Anjaya, a mortal woman, and Vayu, the god of the wind. Being half god made Anjaneya quite a wild and powerful youngster, and he was often getting into trouble. Once, he thought that the sun itself was a huge mango, and he leaped into the sky to take a bite. Naturally, this did not please Surya, the sun god, and he threw a lightning bolt which struck Anjaneya in the jaw and killed him. The boy’s father, Vayu, was so upset that he took a deep breath that sucked all the air out of the atmosphere and refused to exhale until he got his son back. The gods called an emergency meeting, and it was decided that Anjaneya would be given his life back but on several conditions: he would be renamed “Hanuman” (“hanuh” means “jaw”) and would be cursed with short-term memory, so that he would always be forgetting that he was part god. He was sent to live with the monkey kingdom, and took the shape of a monkey to better fit in.

Later in Hanuman’s life, he was called upon to help his dear friend, the god Ram, in rescuing Ram’s wife Sita from the evil demon Ravana who had kidnapped her. Hanuman had no idea how he would accomplish this seemingly impossible task – but his love of Ram was so devout that he knew that he must and so he set out on his mission. When he reached the coast and looked out at the ocean he must cross to accomplish his goal, he knelt in prayer for the grace and courage to complete the impossible, and a variation of Virasana was the pose he knelt in. Sure enough by the time he emerged from the pose, his faith had generated enough energy to propel him all the way across the ocean to successfully save his friend’s wife.

We all at times face tasks that seem impossible. We all experience fear, and we all at times underestimate our own capabilities. Like Hanuman, we forget that we carry a divine spark. One definition of courage is not lack of fear, but the ability to act even when we feel fearful. When we know that our mission is fueled by Love, that’s when we can override our fears and achieve what seem to be miracles.

When practicing hero pose, consider this wisdom. Feel your sitting bones balanced and grounded on the ground or block, the strong column of the spine rising up, your crown reaching towards the sky like a bloom, and know

that your highest intentions and wishes are supported by the miraculous.

To add another dimension to hero pose, practice reclining hero. This variation opens the psoas, the ropey muscle that connects the lower body to the upper body from the thigh through the pelvis to the lower ribs. This muscle is active in the fight-or-flight response to trauma, and is shortened and tight in many of us due to a combination of long hours sitting and constant low-grade stress. Opening this area of the body can release the tension of fear from both our bodies, and help us feel more able to take those big steps we know we need to take.

We live in challenging times. It is easy to doubt our divinity. But, if we can open ourselves to know what we truly love and let that motivate us, we can open to our own miraculous potential.

While we are currently closed due to Covid-19 precautions, we look forward to welcoming you back when we can. In … END_OF_DOCUMENT_TOKEN_TO_BE_REPLACED