Big news! Students may now remove their masks when they are on their mats in outdoor classes! Check out our virtual & outdoor class options, as well as our pre-recorded class library! 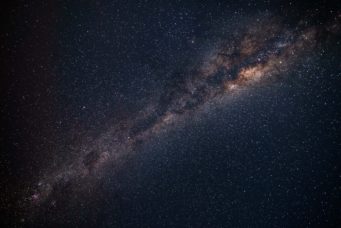 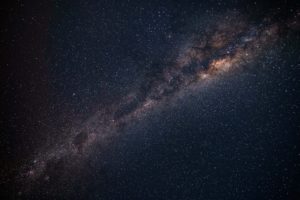 The Healing Vibration & Connection to All

There is something profoundly beautiful about being in a room with a group of people all sharing the sound of Om together. This ancient practice of chanting a vibrational sound with others is a way of feeling a deeper connection with one another and the world around us.

The syllable Om (or Aum) is an ancient Sanskrit letter first found in the Vedas, originating between 1500 – 1200 BC.  The vibration of chanting this sound has been shown to have healing properties. A study done in 2011 specifically evaluated the effects of using Om as a mantra by using MRI scans of the brains of participants as they chanted. Researchers observed that the brain activity during Om periods was similar to the stimulation of the vagus nerve, which is often used to treat depression and epilepsy. Other research is being done which also refers to the positive experience and healing benefits of chanting this sacred vibrational sound.

Although Om (Aum) sounds like one sound, it can actually be broken down into three (or even four) parts:

The energy we create is powerful. At the very core of existence is sound vibration. Just hold your chest when you chant, sing, talk, laugh, or hum and you will feel something happening within the body and mind. Quantum physicists have been studying the role of vibration as the very root of matter itself. Nikola Tesla said,  “If you want to find the secrets of the universe, think in terms of energy, frequency and vibration.” Yes, it seems that the very foundations of our Universe, of matter and thought, appear to lie in the vibration of sound.

While we are currently closed due to Covid-19 precautions, we look forward to welcoming you back when we can. In … END_OF_DOCUMENT_TOKEN_TO_BE_REPLACED